Python Imaging Library (PIL) is an open-source image processing and manipulation library. It worked well with multiple image formats of images and its ease of use. It is obvious that we can use Image processing tools like Corel Draw and Photoshop.

But when it comes to automating things we need something reliable. Python Imaging Library helped users in Image Manipulation tasks. But it never got new updates after 2009 as per their official site timeline.

With the regular updates of Python language, it became crucial for something to take the place of PIL. So, Alex Clark with Some Contributors forked Python Imaging Library into Pillow Library.

Now with the help of the Pillow library Image Manipulation became an easy task. It allowed multiple manipulation features to be applied to Images having various formats. The main thing that made it more helpful was its support with Python 3.

In this article, we will be using Pillow Library to work on Image Processing and Manipulation. We will move through the topics step by step with real-world examples.

ImageDraw: This Module can be used for creating simple 2D graphics for the Image object. It also helps in drawing over other pictures to retouch them easily.

ImageColor: ImageColor module contains colors in different format arranged in a tabular manner. It also contains the converters to convert from one format to another.

ImageEnhance: This module can enhance the image by applying different classes that are predefined. One of the most useful modules for Image manipulation.

ImageFont: It is used to store and apply different bitmap fonts while using ImageDraw.

ImageFile: This module is used for opening and closing image files through Pillow Library.

The earlier used Python Imaging Library was efficient enough for Image programming. One reason for starting using its successor Pillow was that PIL stopped getting updates. But then users found Pillow an amazing replacement for PIL and it is still working at the best pace.

Here are some of the features or capabilities of Pillow Library:

Image is the major class in the Pillow library in which all the image manipulation tasks are performed. So before performing any manipulation on the image, you need to create an instance of the Image class by loading the file in it.

You might have got enough information about this amazing Python Library. Now we shall be moving on to code and test the capabilities on our own. Without coding, you will never be able to enhance your programming skills. Open up your laptop and move through the below points step by step.

We are using Jupyter Notebook but you can use any Python IDE for working.

For installing it just type down the code:

Image files can be loaded and opened in the environment with the following code:

We can check different image attributes related to the image we just opened.

Use the following code to check image attributes:

To show the image in a separate window you can use the following code:

Cropping is one of the most important processes in image manipulation. It is a widely used process in web applications even while uploading profile pictures. Pillow allows us to crop images efficiently.

Here is the code for it:

The box attribute here has 4 parameters as the length of four sides of the image.

Images can be easily resized using the im.resize function. It has two parameters on the basis of which it works. The code for it is given below:

Transpose has many other sub-functions to apply. They can be used to manipulate images in multiple ways. Let us see how it can be used to Flip images through sides.

It brings the left part of the image to the right and vice versa.

It brings the top part to the bottom and vice versa.

It is used to change the color of the image

There are multiple image filters provided by Pillow to enhance images. We have used and shown some of them below:

Another filter for blurring images

It is another Blur filter to apply to pictures

The below code can be used to enhance your images by applying multiple classes.

As we have already mentioned that Pillow supports a large variety of file formats for images. It also has an amazing feature through which an image can be converted from one format to another.

In the above code, we have converted from PNG format to JPEG format. You can use it to convert from any format to the other.

Until now we were only dealing with a pre-built image. Now it’s time to create an image of our own. Pillow also provides you a way through which you can create an image by drawing on a blank page. 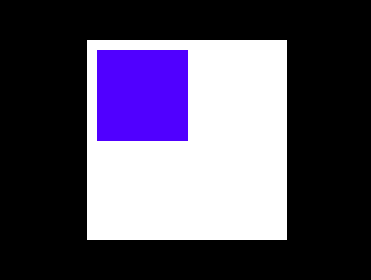 So this was all about the Introduction of Pillow Library for Image Manipulation. Python is always at our rescue and here too Python made it amazingly easy. Hope this guide would have helped you in learning something new.

Here is the link of Git for further code segments: Varsha Saini’s Github

Do comment down if you have any doubts regarding Pillow and its functions.